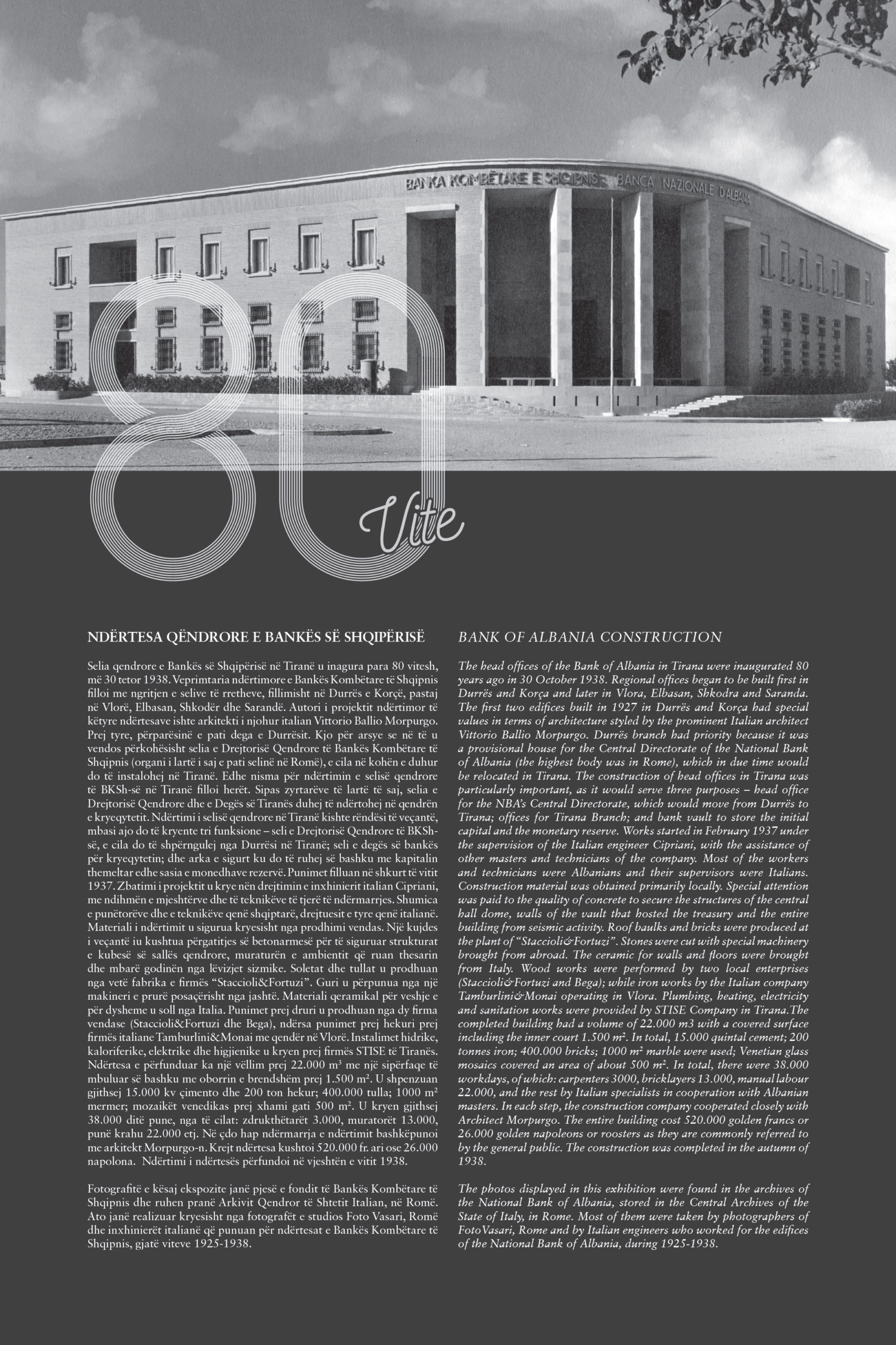 Exhibition at The Headquarters of Bank of Albania.

This exhibition comes for the 80th anniversary of the construction of The Headquarters of Bank of Albania. The Building for decades has been the most important monument of Tirana’s main square and has established the identity of it during the years being part of the capital’s architectonical ensemble. 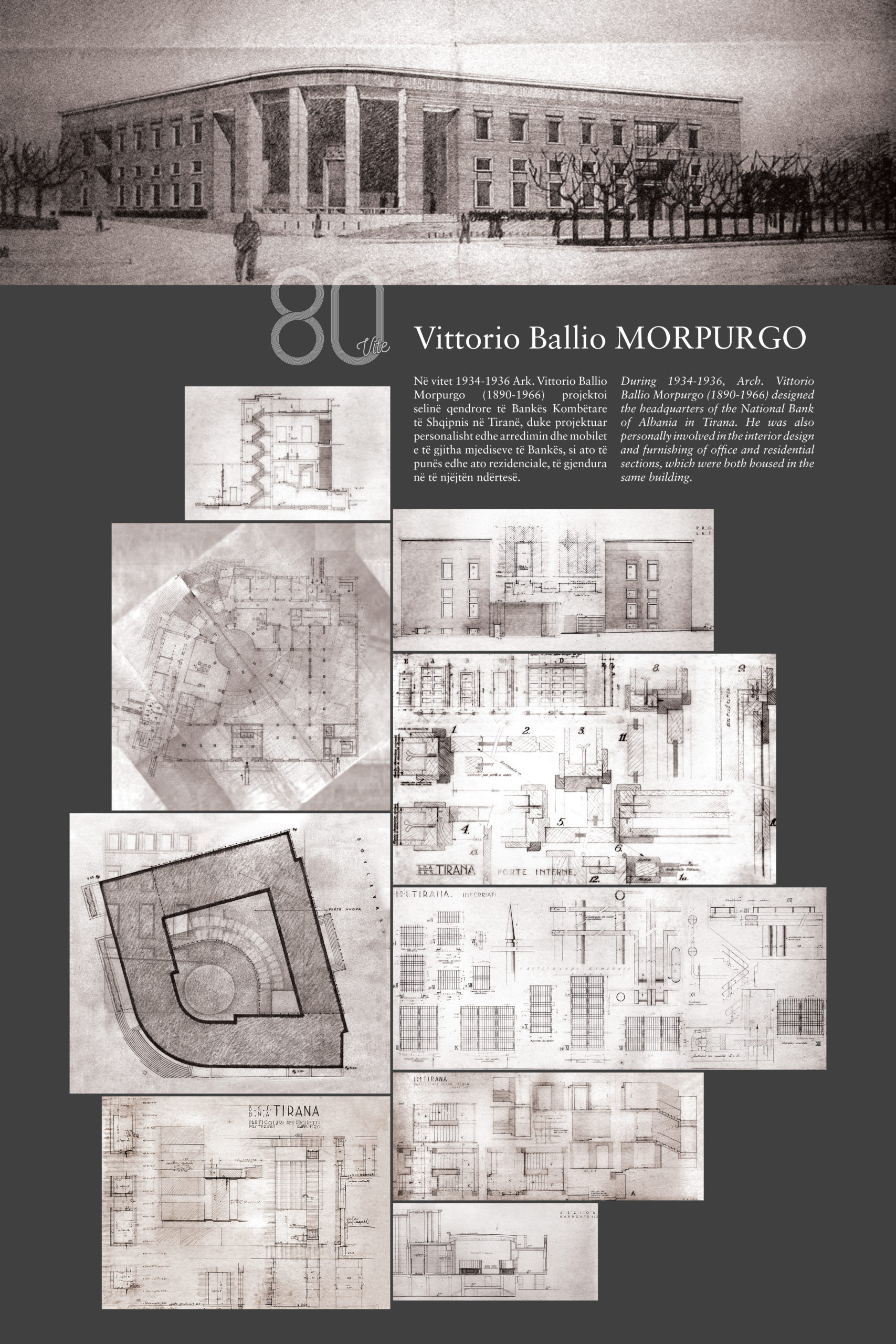 Vittorio Ballio Morpurgo was an architect of the Italian rationalist school, one of the passionate professors of architecture at the University of Rome “La Sapienza” and Head of Architecture and Urban Planning Department. He was one of the architects and artists that had designed monumental works in Rome, to eternalise in art the grandeur of the Roman Empire that Mussolini wanted to build. Known in Albania for his cooperation with Florestano di Fausto in the project for Tirana’s centre, he designed the Bank of Durres and the Bank of Korça during 1925 – 27. In these buildings, he tried to build monumental institutions and introduce the symbol of economic development of Albania at that time. The same characteristics were noted in numerous efforts by the architect to conclude with a worthy proposal for the Bank in Tirana – which is documented by well-preserved drawings and project designs.

The exhibition thus brings to the public the history of the Building on a journey between photographs, sketches, original drawings and it naturally dialogue with the restoration project of architect Mario Petreschi, which brought the inauguration of the new complex of Bank of Albania and it’s new Museum on October 30 2015 The exhibition clearly reflects that the building of the Bank of Albania, in the form we inherited from Morpurgo, will belong to history; however, it will continue to live in the present as part of the new building complex. 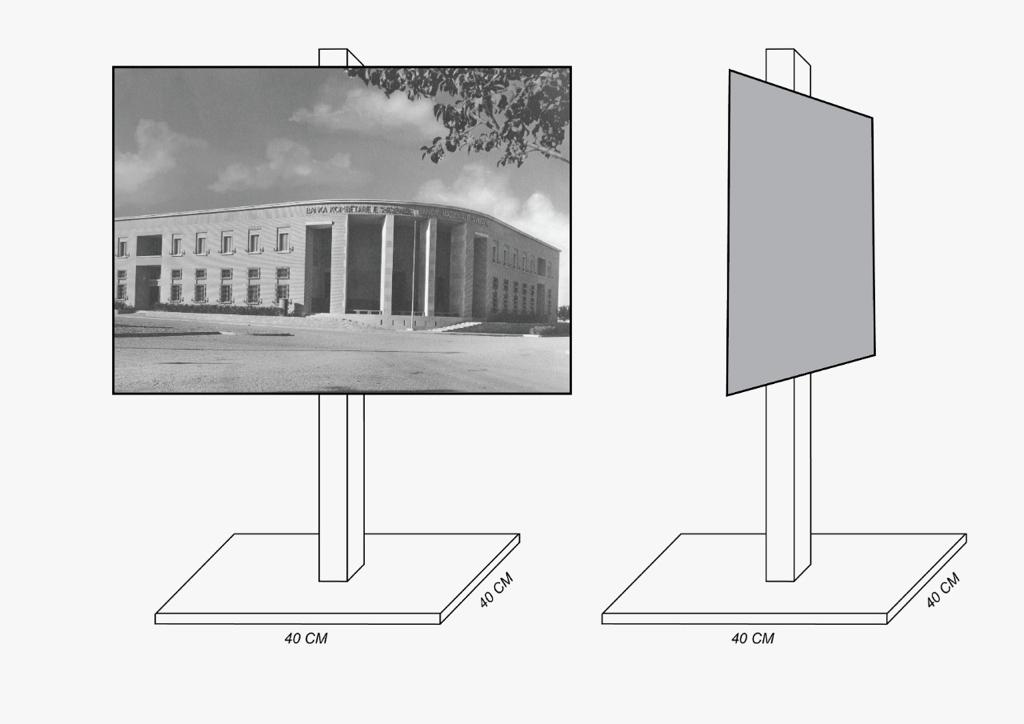 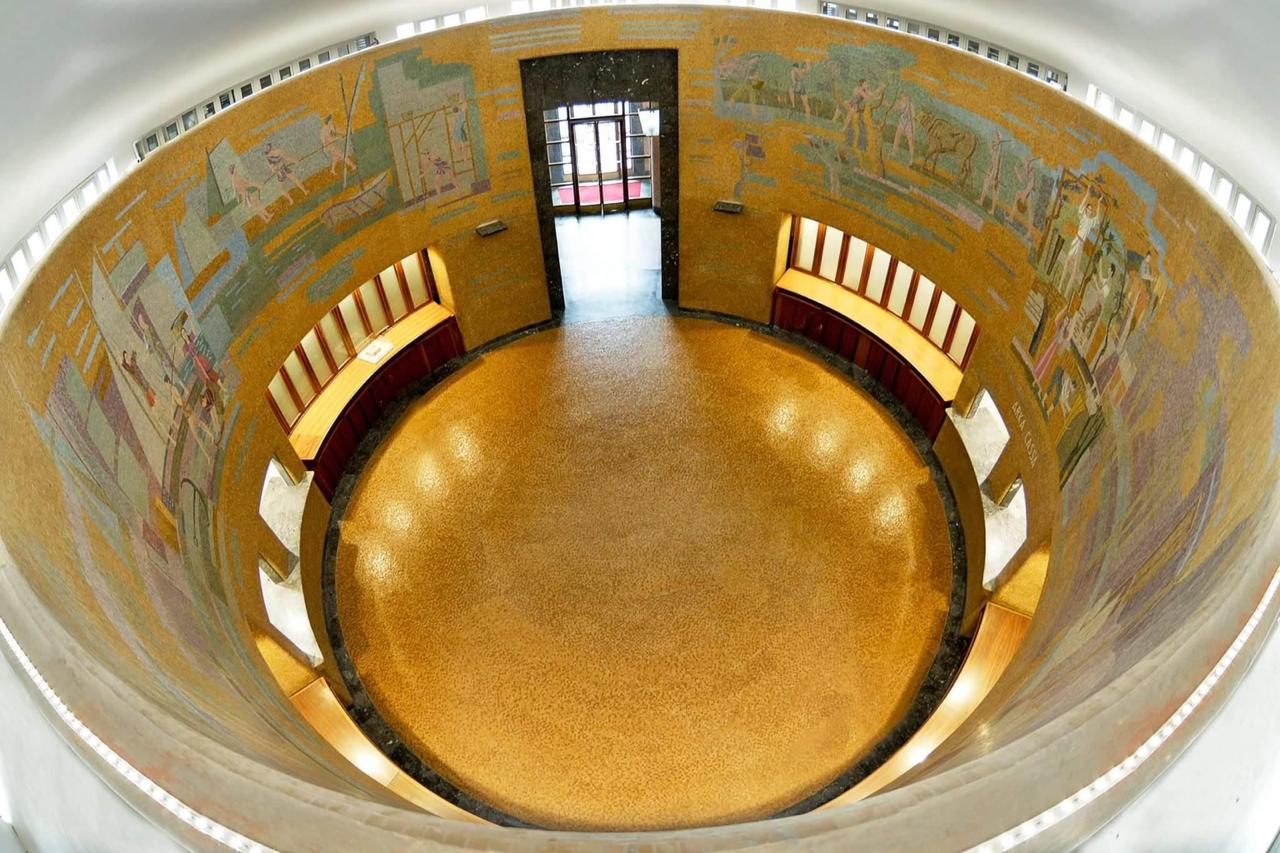 The exhibition is organized by the Museum of the Bank of Albania and is curated by EJAlbum with a large team composed by the curators Elton Koritari and Ardian Isufi, with a concept of Albes Fusha and EJAlbum Team and executed graphically and technically by Ervin Bërxolli and Ergys Krisiko.
The exhibition will remain open to the public starting from October 31, 2018, and will then be exhibited in other cities in Albania 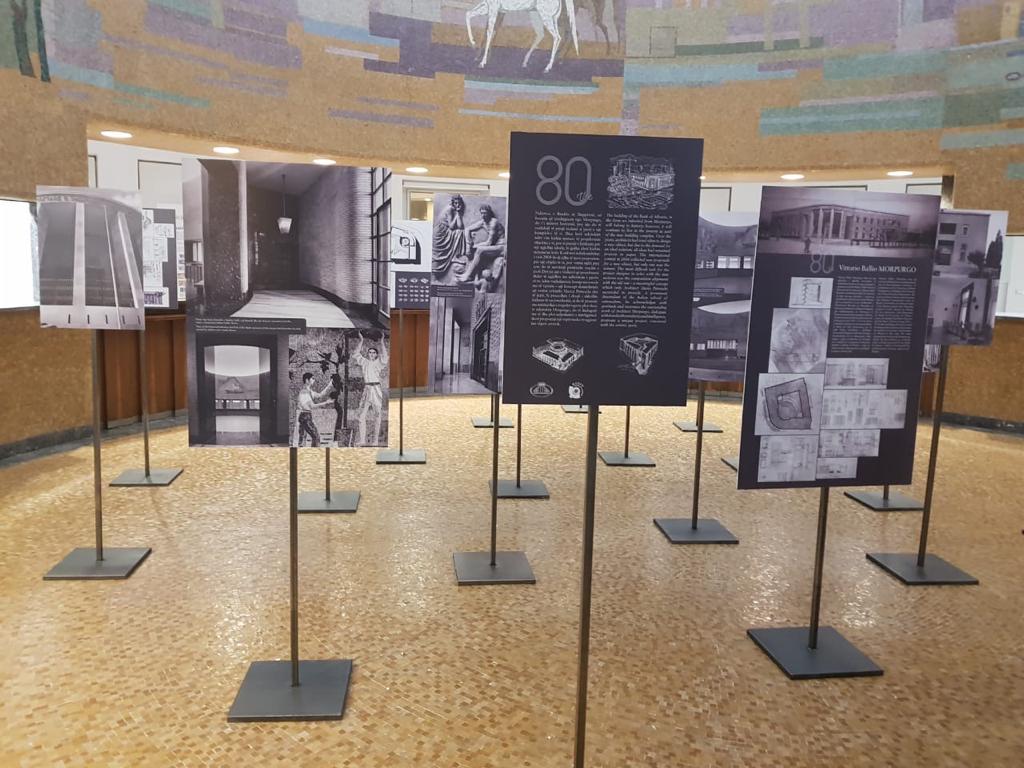 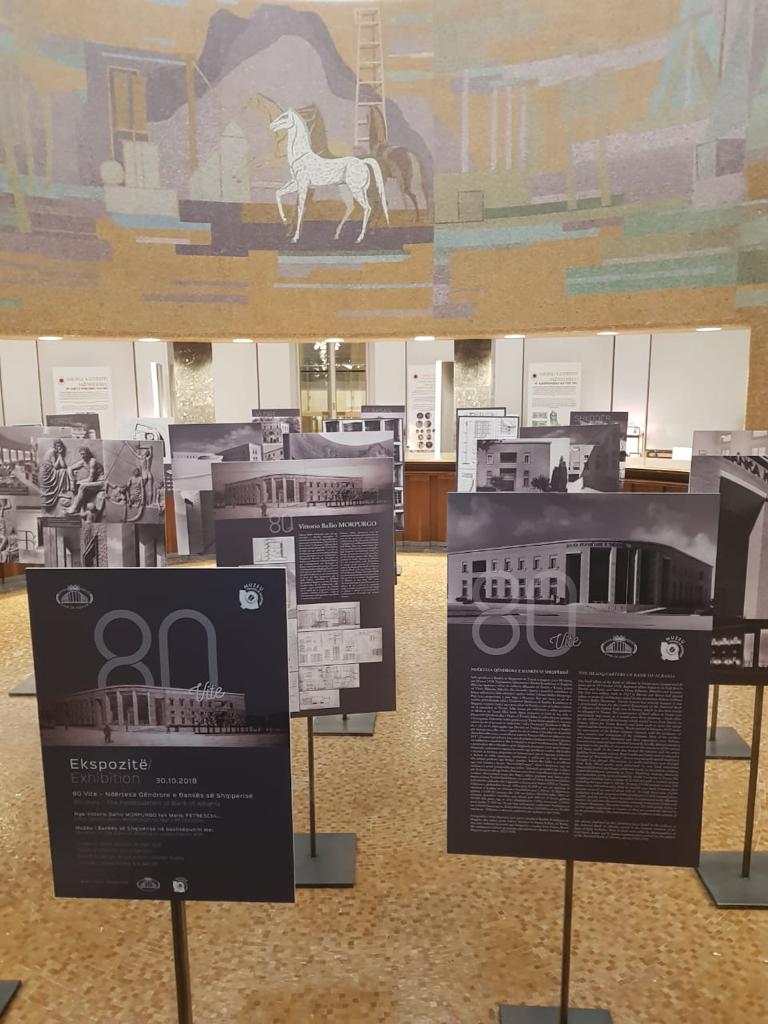