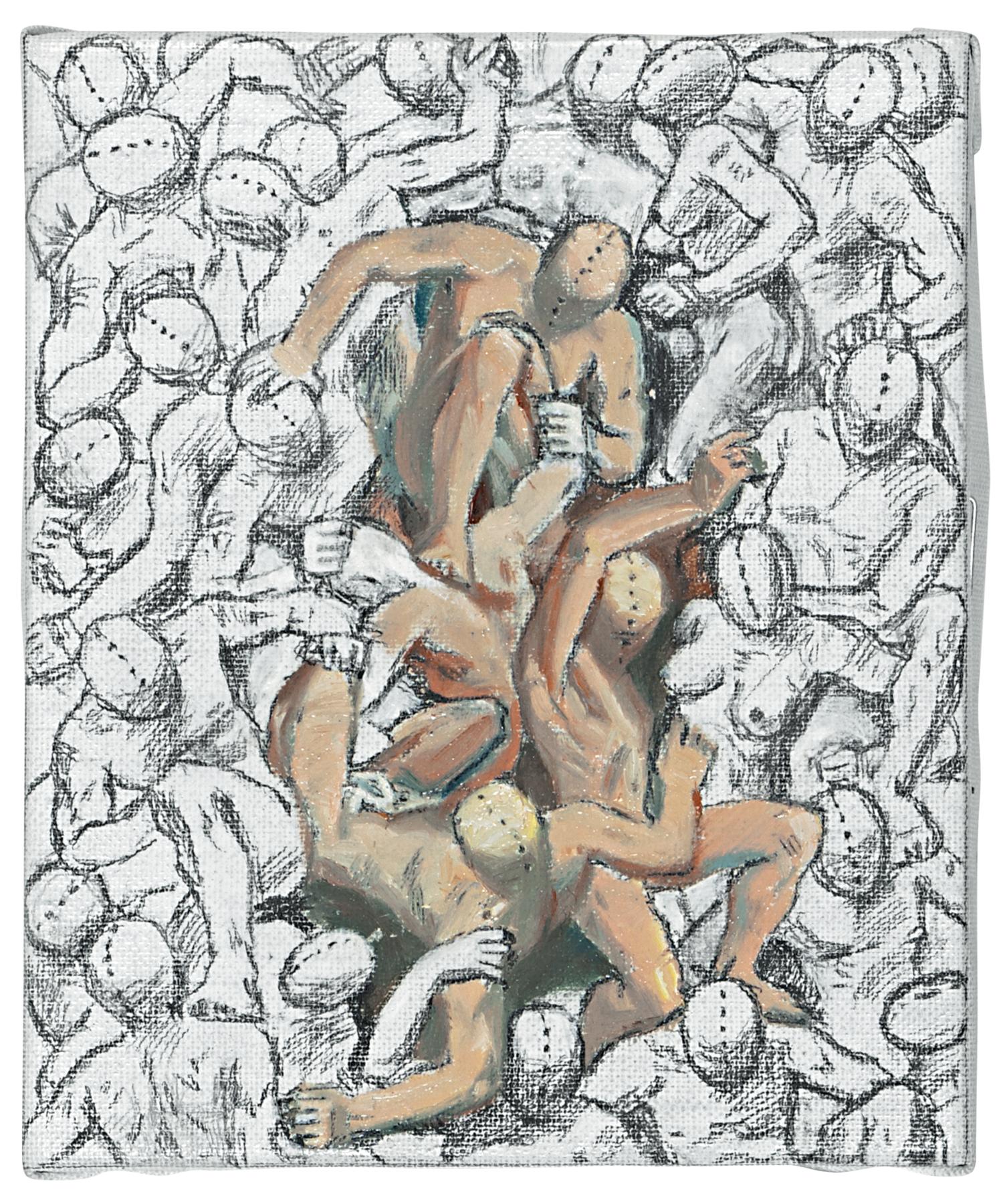 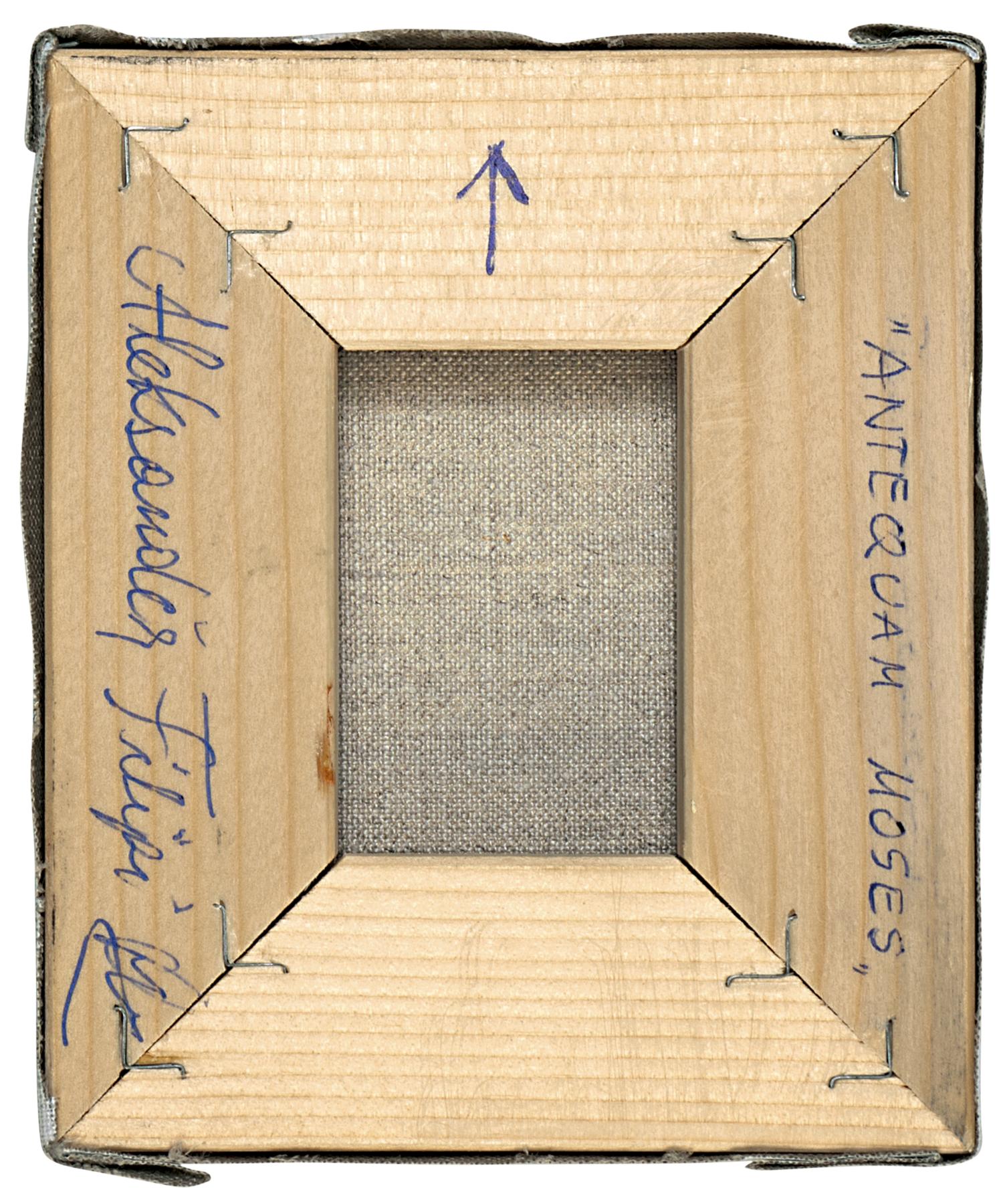 Born in 1952 in Berat, he graduated from the Academy of Fine Arts in Tirana in 1975. Aleksandër Filipi has started his career in the Art High School in his hometown, to become a professor and Head of the Department of Architecture and Arts in a Public University    in Tirana. He has worked as a restorer of Byzantine paintings and has also spent a period of his artistic life in Venezuela. He has received several prizes and his works travel in Albania, Germany, Kosovo, Greece, Italy, France, Spain, Venezuela and USA. His work for Imago Mundi represents the irony of the chaotic status of human society, as law and reason do not match the dominant tendency of man.

PENCIL AND OIL ON CANVAS