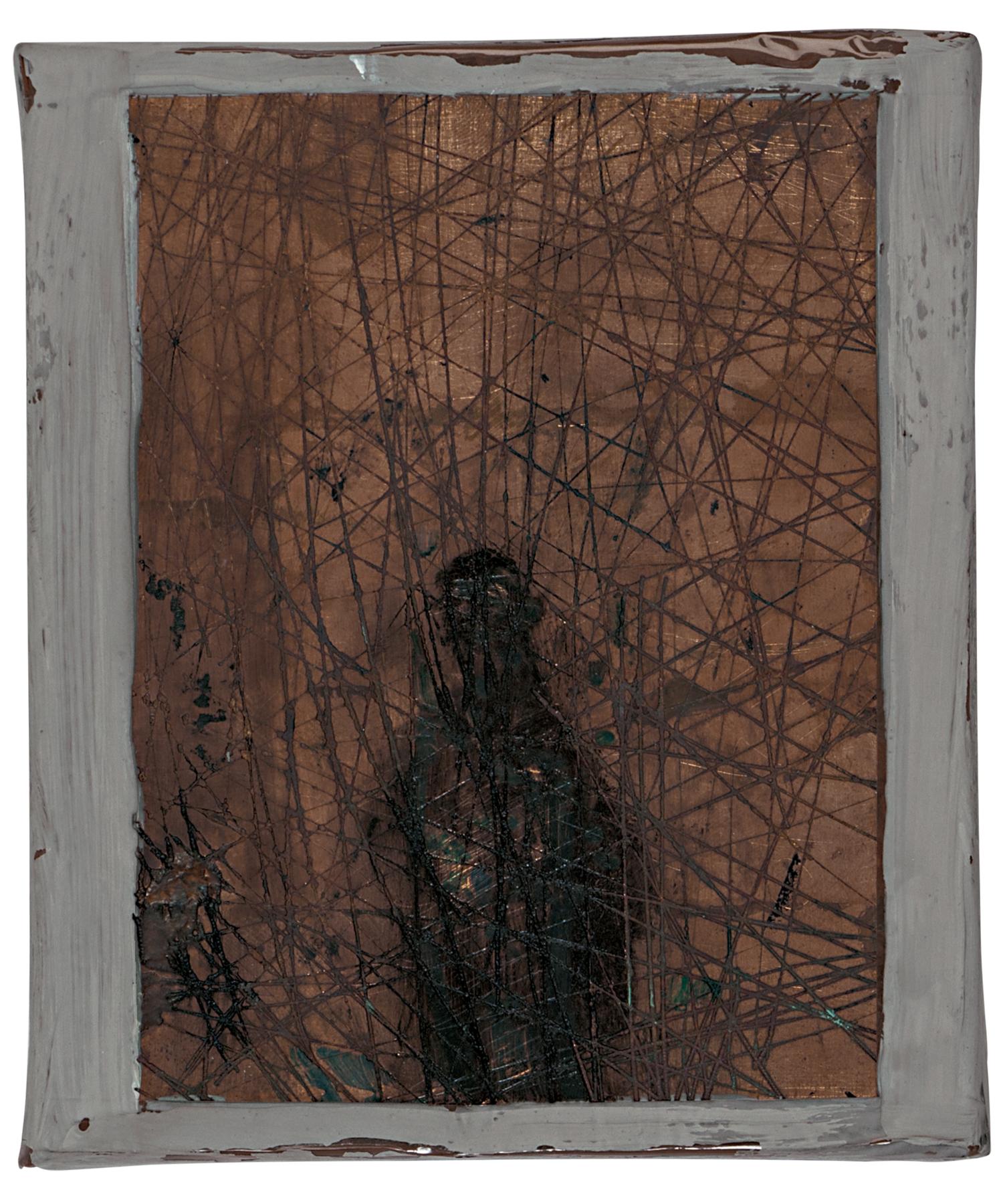 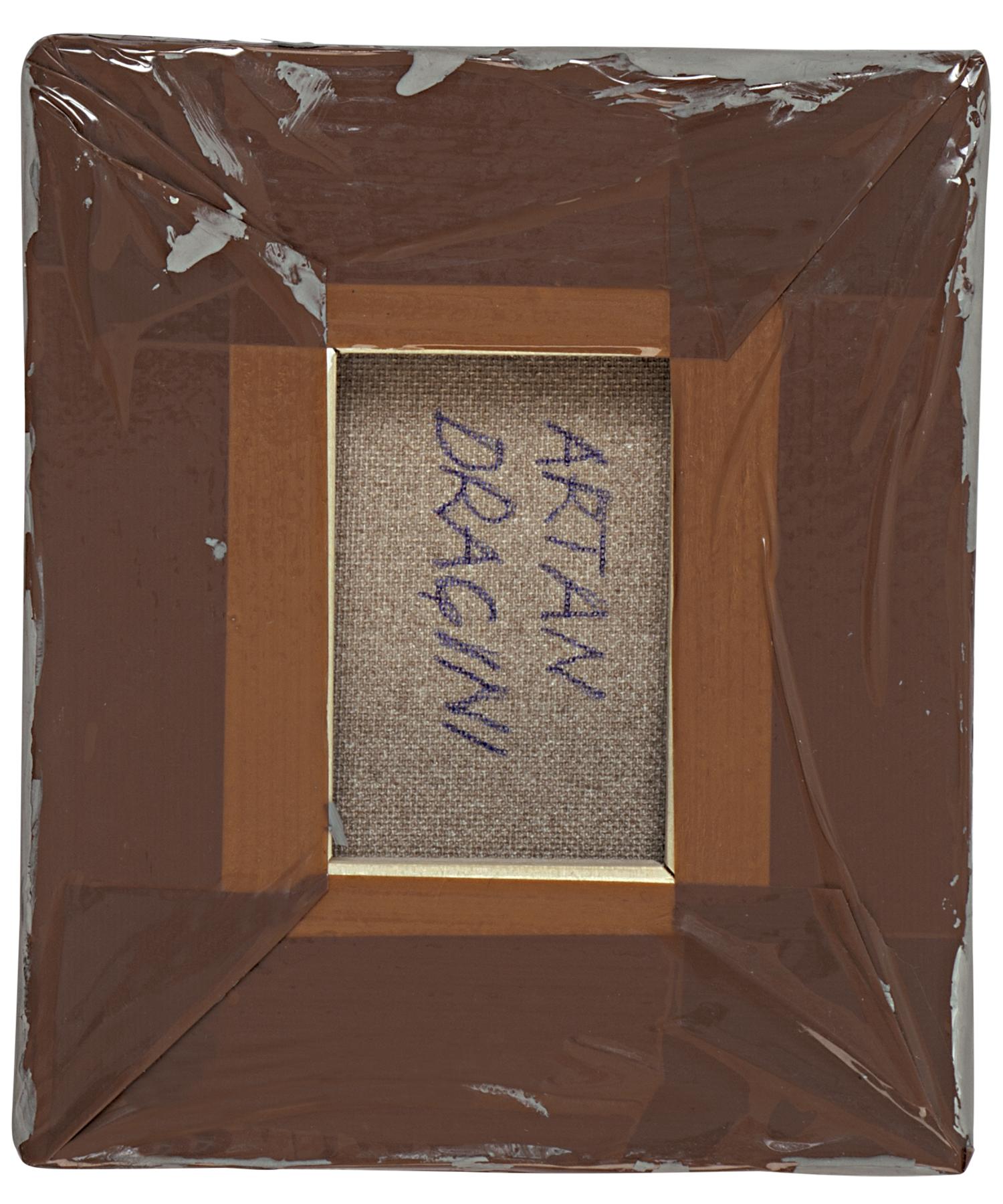 Born in Shkodra in 1965, he graduated from the Academy of Fine Arts in Tirana, Department of Graphic Painting, in 1987. In 2013 he took a Master’s Degree in Graphics from the Faculty of Arts, University of Prishtina, Kosovo. During 1990-2006 he taught Painting at the “Prenk Jakova” Art High School in Shkodra. Since 2006 Artan Draçini manages the Gallery of Arts in his hometown and is a professor of Drawing and Graphic at the University of Shkodra. The title of this work is “The Cage”, due to the impossibility to draw a new line over the existing one. This is an existential concern, just like copper or the marks caused by erosion. An ancient trap!