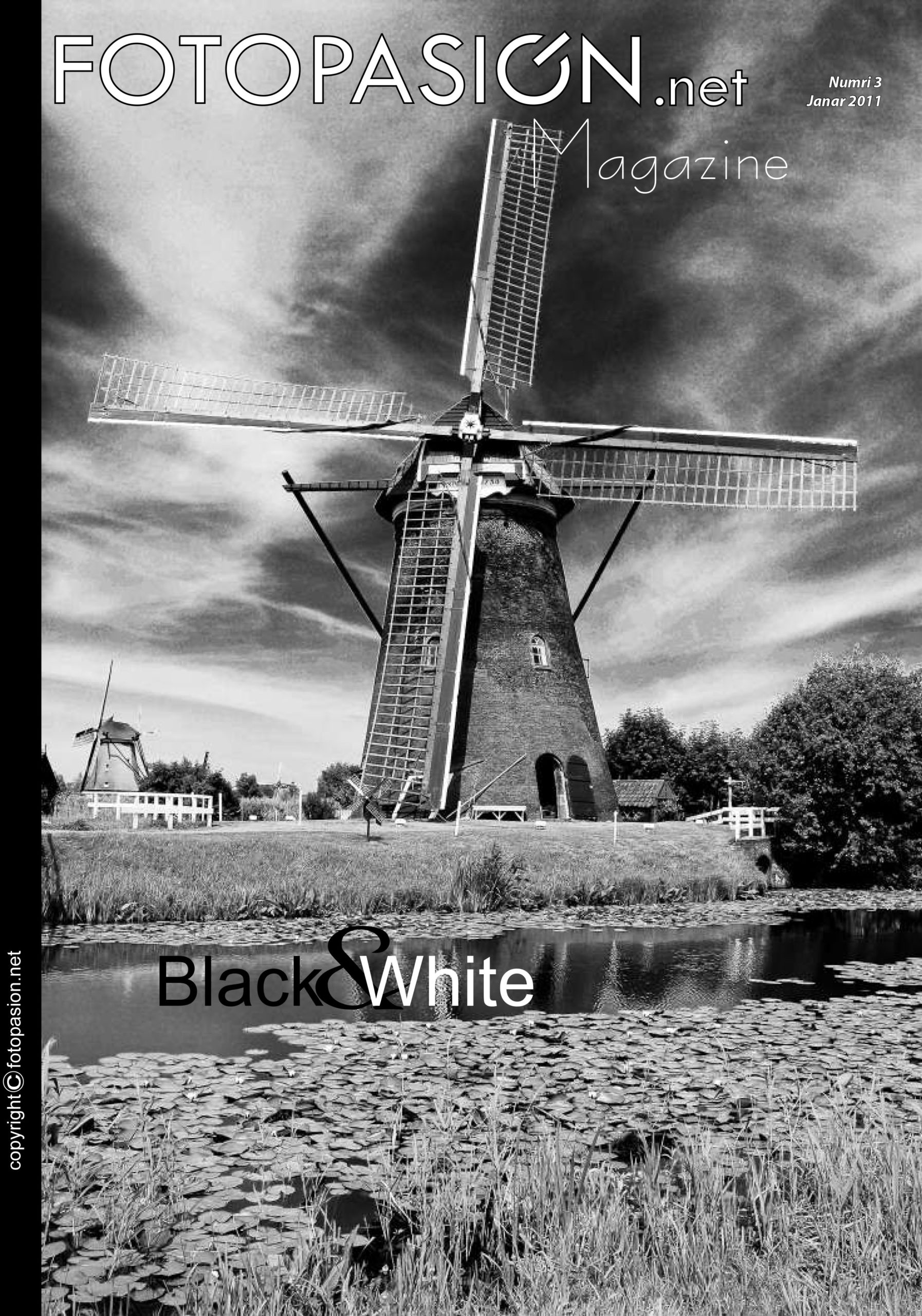 This issue’s topic was a very good opportunity to discover the traces that over a centoury of photography has left to us. This art was born black and white. Many photographers, even though they can shoot in colour, they never betrayed the “black and white”.

Gabriele Basilico used it through his entire life in architecture, or as he calls it, “urban panorama”. Gianni Barengo Gardin, also as all the “Magnum” photographers, has raised a cult of this photography to document, or as the case of Gardin, we better say “interpret” the everyday life. The number of photographers who have used this kind of photography is immense. Even us keep our family members photographs in black and white most of the time.

If we refer to the theory of light, colours are an interpretation of the mind to the reﬂ ection of the light; they do not exist for real. That is why we of EJAlbum expected a lot of photographs this time. We regret to say that very few responded seriously, and there are too few photographs. However we thank the participants for their courage, because black and white photography is difﬁ cult because of its historical weight and the challenge it carries with it.

To judge something includes the whole subjectivity and obstacles the joice. Someone made our work easier by sending only one photograph. Some others made it even harder by sending many photographs who didn’t comply with the theme or the rules. We chose only one photograph, as implied by the rules, but this does not mean that the other photos where less better. No way. We simply chosed the most coherent photo as for the theme, subject strength, technical result, and last but not least, creativity.

We of EJAlbum adore it. We try to ﬁ nd those who, by being creative, transform an image into art through their ﬁ lm or digital sensor. As in our tradition, we chose a portfolio of the photographer Visar Sheriﬁ . In his work takes life our idea of creativity and expression strength of the image, in this case in black and white.

We also offer to him a symbolic prize, a portfolio album for his work, by wishing him success and hoping that it will bring him this year the luck that it brought to the photographer we chose the last year for the same prize, who we made her personal portfolio and now is very successful in Albania. We are talking about Edvina Meta.

To all the other participant we wish them from our hearts success in the following issues. 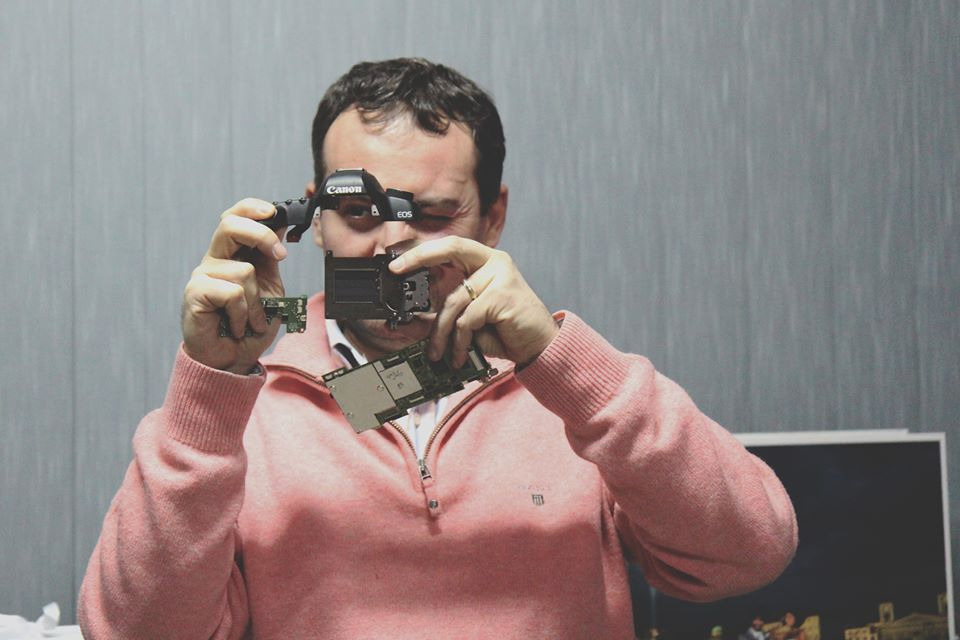 Statistically at the time this magazine is being published we could have reached the expected number of 2 billion Internet users around the world. Actually the Internet population is the largest in the world. By estimating nearly 6.8 billion of world population, (according to Census Bureau USA); 30% of the world population has access to the global network. This number reaches 71% on developed countries. According to the International Communication Union, there are 1.3 million users in Albania, 50% more than the last year. This is an incredible growth destined to grow even further until it reaches the regional quotation of 65% which have daily access in the EU. The words: Google, Facebook, Wikipedia, My Space, Twitter, Flickr, etc, are part of our daily vocabulary.

The world is making an online selection of every product, idea or information before consuming it in the real life. Even the boundaries between the two worlds are fading since the network is going mobile through mobile phones or wireless devices. Even this magazine can be red everywhere, almost the same way as it was printed, with the great advantage that it can be shared with everyone, no matter how far this person is, and even better: it’s free.

The question raises spontaneously: What does it have to do with photography?

I think the answer is quite simple and is a physical matter of both of them, since now they are both an encrypted string of 0s and 1s.

Internet and photography walk the same path and in fact, during the years, the growth of the Internet has inﬂ icted the photographer by drastically changing the shape of the business, and even the profession of photography. Above all, the Internet ampliﬁ ed the mix between professional and amateur photography, favouring the last one. Now days everyone can browse professional photographers portfolios, share their creations, to be informed and, why not, even sell photographs when the buyers are connected online.
82 Byers! They are now online and the photographer has to face this fact and this makes him a complex professional ﬁ gure, which has to compete not only with his colleagues, but with the millions of amateurs who are also in contact with the buyer.

Everything is more complex given the act that the photographer is not a chain component anymore, but a separate entity of the whole mechanism.

This is true for the freelancers and those who have their own shop. Let’s explain both the cases:

An artistic photographer a little time ago was creating its art exclusively for a gallery or an editor. So did the reporter who was sent somewhere from an agency or by an editor to document reality, and later the materials were being edited before publishing. Today these cases are rare. Today, the editor looks on the network. They can fi nd there almost everything, therefore commissioned photography has radically changed. To compete, the photographer is forced to do things that in the past were done by others. It seems like they are going back at the beginning, almost 160 years ago, when they had to photograph, prepare the tools, the chemicals and therefore the whole process. There is a famous photograph of Daguerre with his mobile cart when he went out to photograph, nothing similar to a small camera and a handbag of accessories we were used to see photographers a while ago.

It is rare to see a photo reporter without his computer, not only to send their photographs, but also edit them. The client is always given the fi nished work ready to be published. The editors are more likely to buy photographs from local photographers for their chronicles. The photography shop discussion is even more complex.

They are no more a chain element which started with the big corporations of fi lmmakers that pushed the marked towards the use of fi lms through their marketing policies by assuring the work to the shops with almost a perfect mechanism. “You press the button, we do the rest” – was the motto of KODAK which in it’s beginning with the Kodak Box. Today? Today the large companies offer everything directly to the consumer. More usable cameras, more cheep, editing software, photo quality printers, etc. And further more, the photos can be directly viewed on the TV screen, on the computer, on the cell phone, can be transferred instantaneously to other people and even printed through the Internet.

This does not mean we should close the shops. Not so ever. Photography is always going to be printed, not only on photographic paper. This is also a new thing in favour to the digital technology. It can be printed everywhere: shirts, mouse pads, cups, puzzles, photo books; everywhere. And this is where new photography shops take place. They enlarge their offerings, quality and most of all to enlarge the number of their services. The same thing applies to special event photographers and photo reporters. In such a time of satiety of the photography market, strangely there is a great demand for photographic reports. Mainly magazines need reportage photographs more than chronicle photos. Well thought works and prepared in advance. This is the turn.

I left the amateurs for the last part not for nothing. When you talk about a passion, there is no such thing as rules. If photography is a passion, it must remain as such. If you are passionate about ﬂ owers, architecture, people, or whatever it may be, now you can do it with much more quality. Now you can share your passion with other people. Now you can learn more. But, now you have more responsibility. Now everything can be judged at the moment and it creates precedents. But above all, now you have to choose: to continue the path started 160 years ago by Niepce, Daguerre, Talbot, Bayard, a path where for decades people like Bresson, Ray, Nadar, Adams, etc have walked, or choose another path, the path of remaining a diletant.

There is nothing bad with the last choice. You just have to make the distinction with the ﬁ rst one by taking away your arrogance. Photography, whatever the tools you use to make it, has only one mission: “write with the light!”. And light has it’s own rules. The future is always going to consider the history of this art. The painter Paul Delaroche made his name in history not for his art which was mediocre, but for an idiotic phrase we hear a lot these days. When he saw the ﬁ rst photograph he said: “Since today, painting can be considered dead!”. We all can see how much photography revived painting. The same thing is the digital technology doing to photography. It will continue to raise the passion for photography. And the Internet, as a paradox, is the best tool o achieve this.
This is the mission for us all.

You can also read these articles from the magazine:

Conversation with the photographer  Bujar Veselaj

Conversation with the photographer Armando Babani