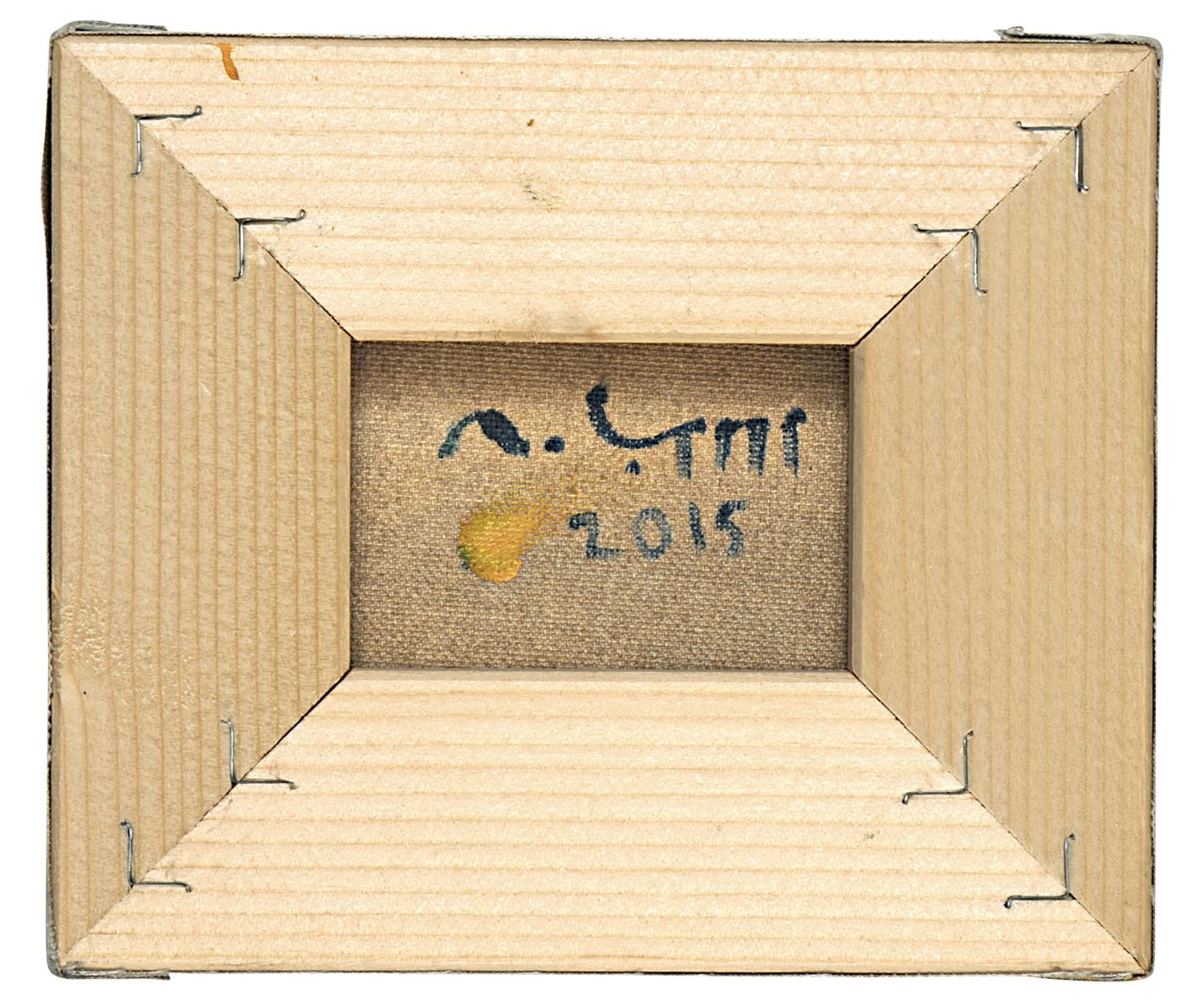 Born in 1969 in Tirana, he graduated in Painting from the Academy of Fine Arts in Tirana, in 1992. Adrian Çene paints as he would like to solve all of the issues posed by the aggressive transition period in Albania after the Communist regime. His works convince and convey an immediate positive message. The work for Imago Mundi shows a traditional street of Tirana, populated by typical houses.