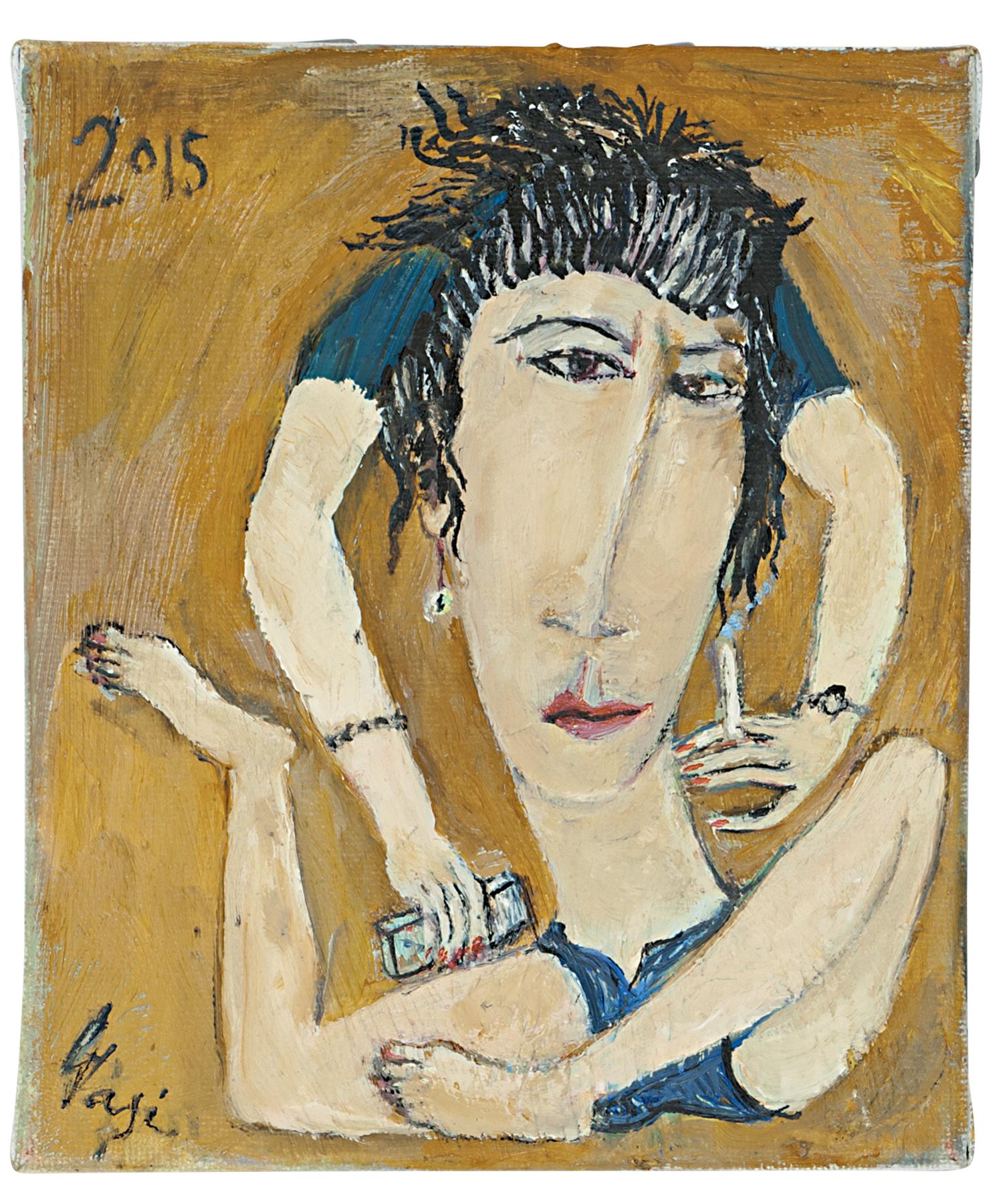 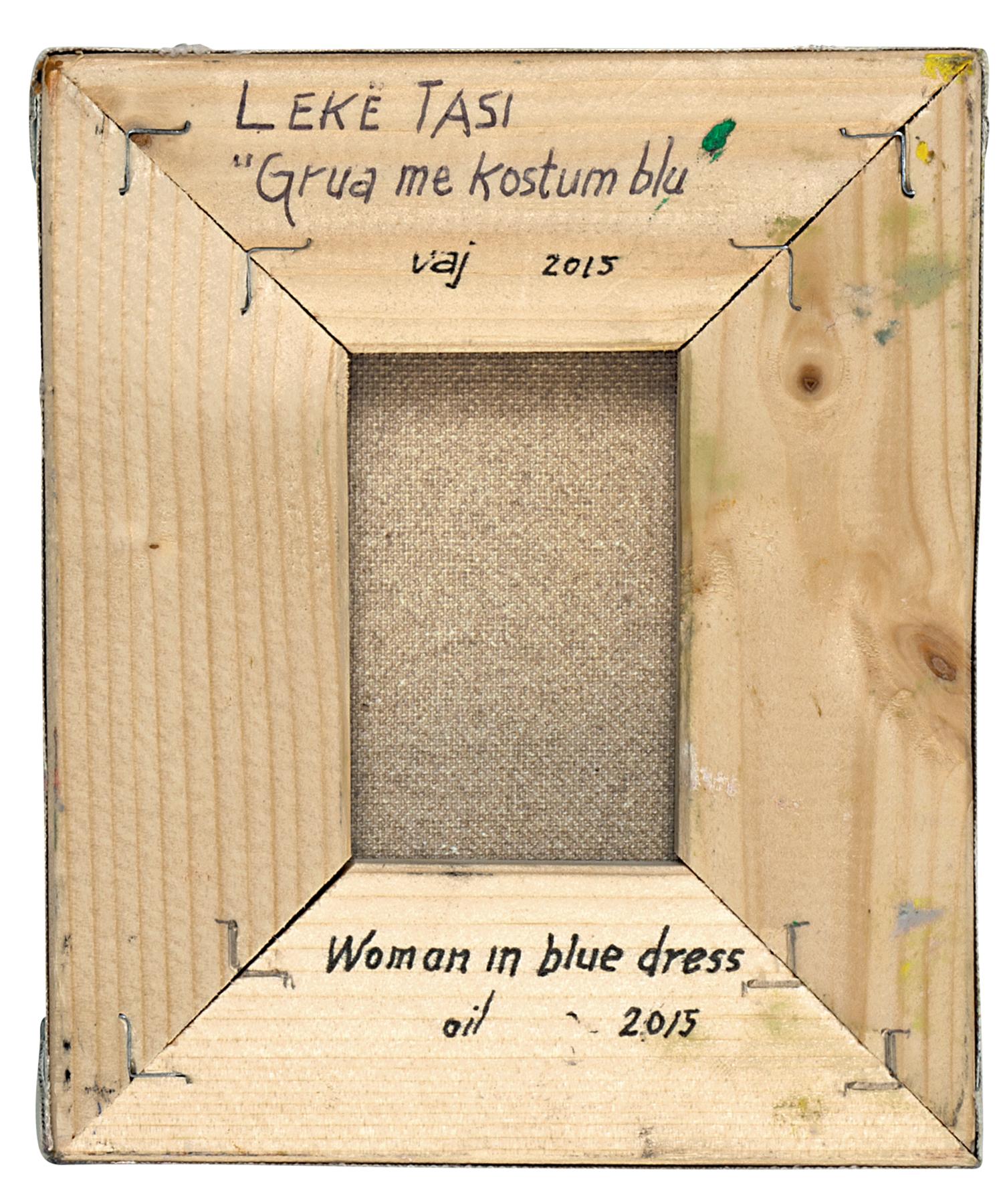 Born in 1929 in Athens, he has an academic background in music. During 1946-1967, he was a violoncellist of the Orchestra of Albanian Radio Television, the Albanian Philharmonic Orchestra, and the Orchestra of the Theater of Opera. The communist regime interned him and his family for 15 years and forbade him from exercising the right to artistic freedom of expression. Nevertheless, he never ceased creating art, mainly literature works. Since when the artist was a young boy, he established an emotional connection with painting. He is interested in the truth. His paintings look naïve because he intentionally deforms things and goes away from classic portraiture. This is how he ironizes characters and situations. Here is what he states about his work for Imago Mundi: “A sitting woman —who is drawn in an innatural, but I hope harmonious, way”.