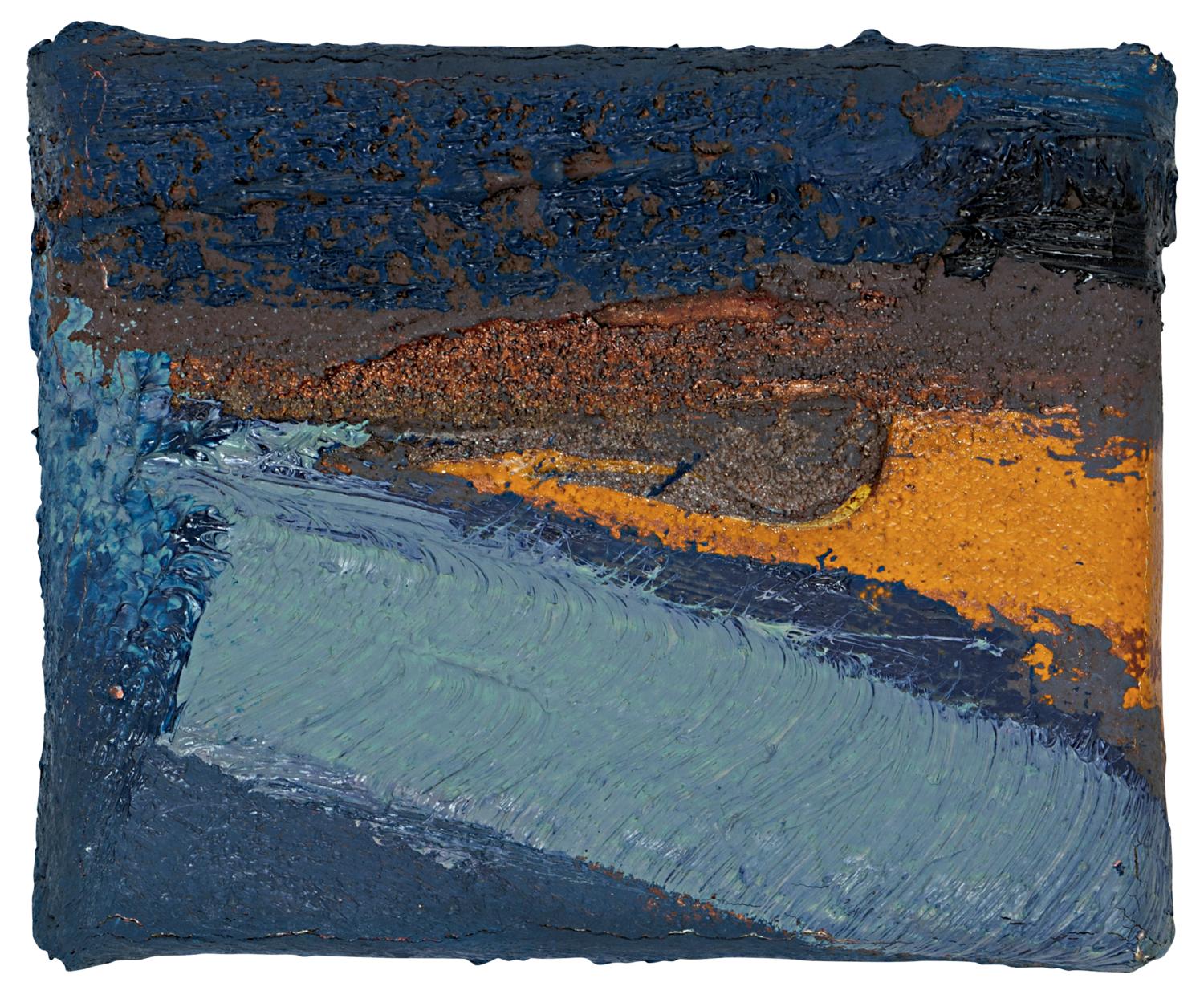 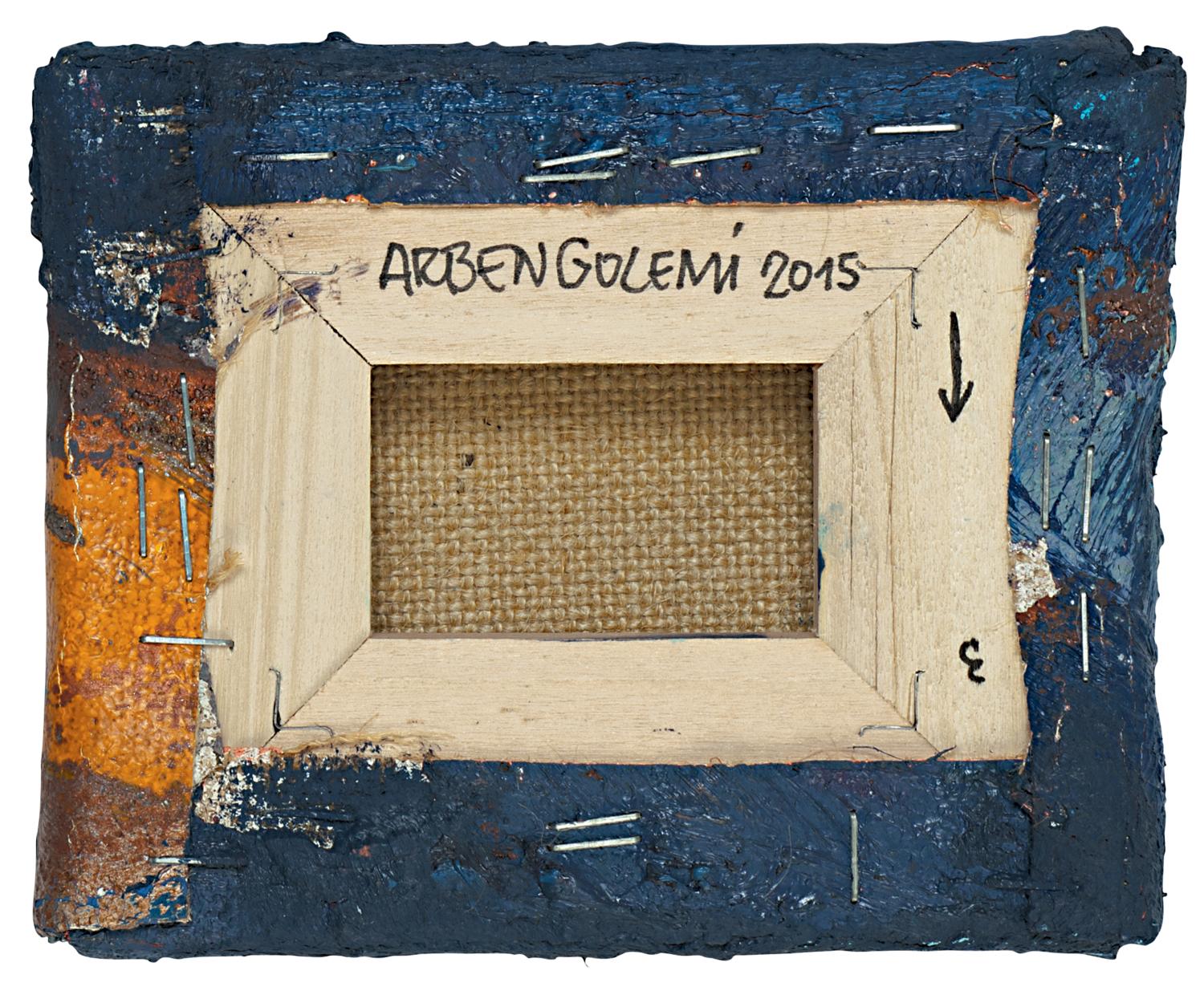 Born in 1954 in Berat, he was first inspired by the Byzantine churches, medieval frescoes and the museum centre of his hometown. He attended the Department of Architecture in the Polytechnic University of Tirana and studied Theory of Art in the Academy of Fine Arts in Tirana. Arben Golemi fuses colors and space, preserving at the same time their character and origin. He makes use of the mystery of small towns and their monuments, of the metropolises and their skyscrapers, as well as of the sea and forest that inhabit his imagination. This imaginary and unknown landscape is part of a five-piece series, each of them of the same 10×12 cm Imago Mundi format.