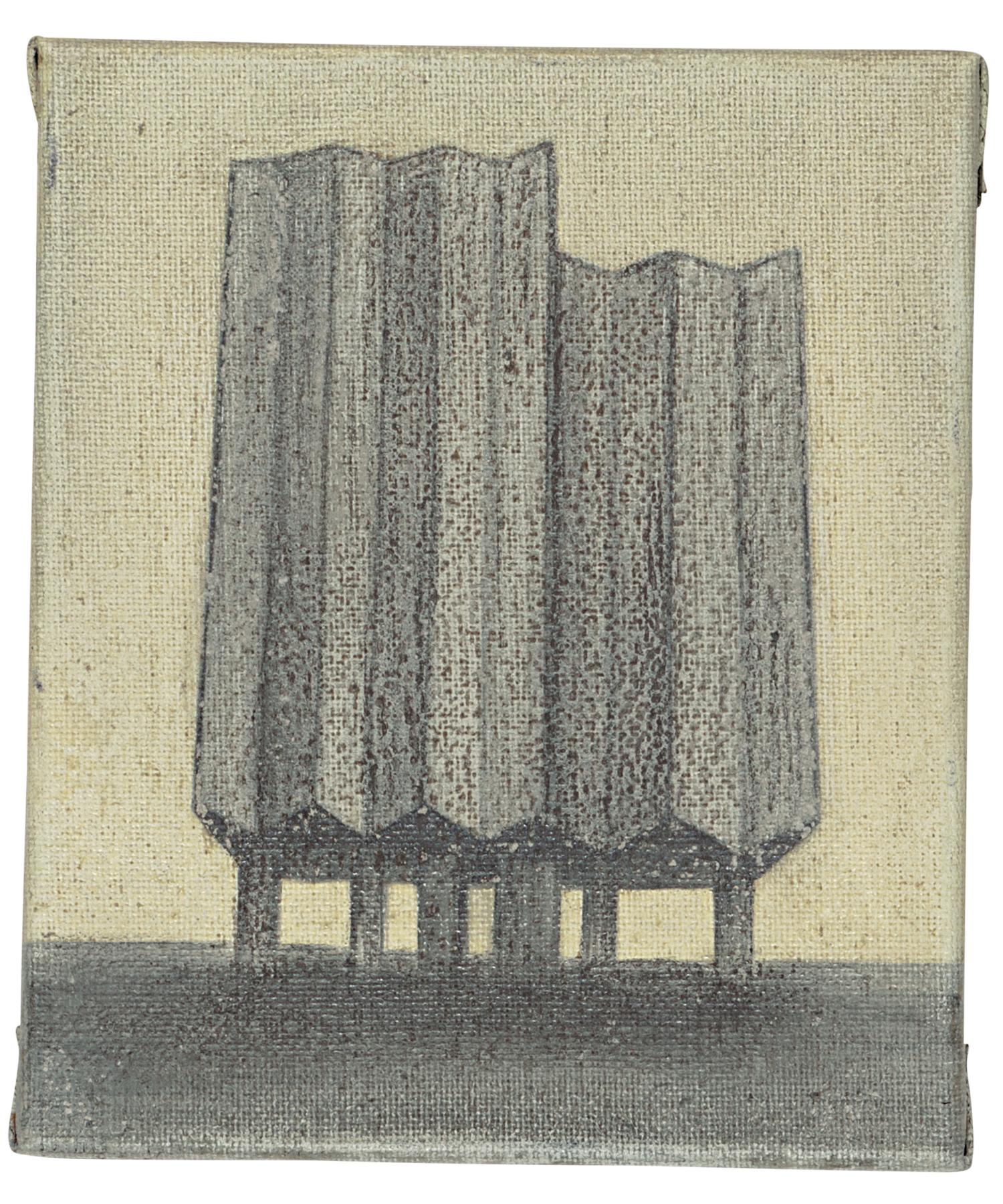 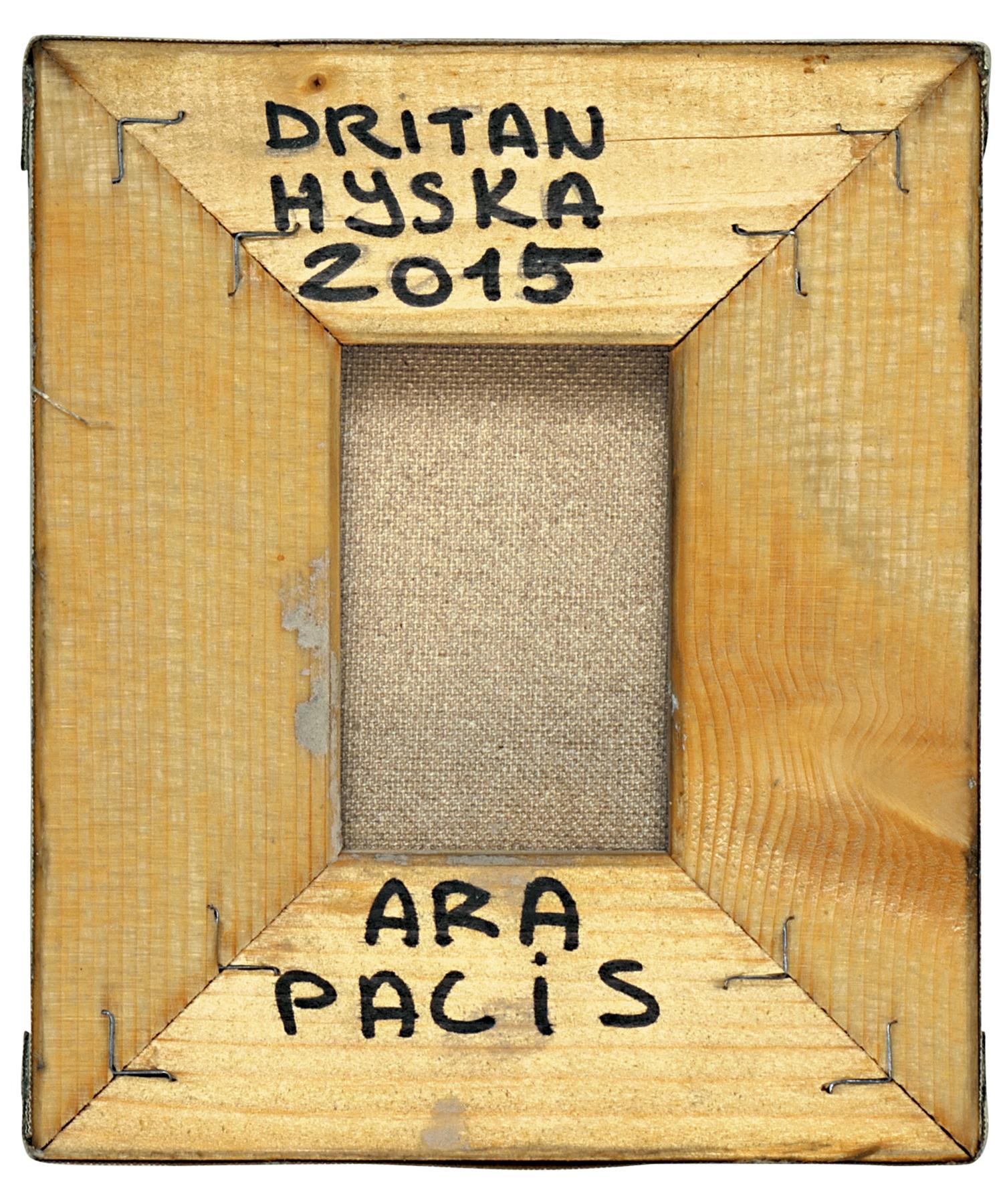 Born in 1980 in Korçë, after graduating from the Academy of FineArts in Venice, Italy, he continues his research on architecture as aproduct of man. The interest that leads him to architecture showsan inner disturb in an indirect way which transmits the reflection ofhuman complexity. Besides architecture, he also deals with issuessuch as work and society, man and nature, which are handledthrough photos, videos and installations. The work for ImagoMundi presents architectural structures depicted by a summary ofAlbanian landscapes, where concrete is alarming as a metaphysical missile and tells the tragic essence of modern man.

OIL AND PENCIL
ON CANVAS