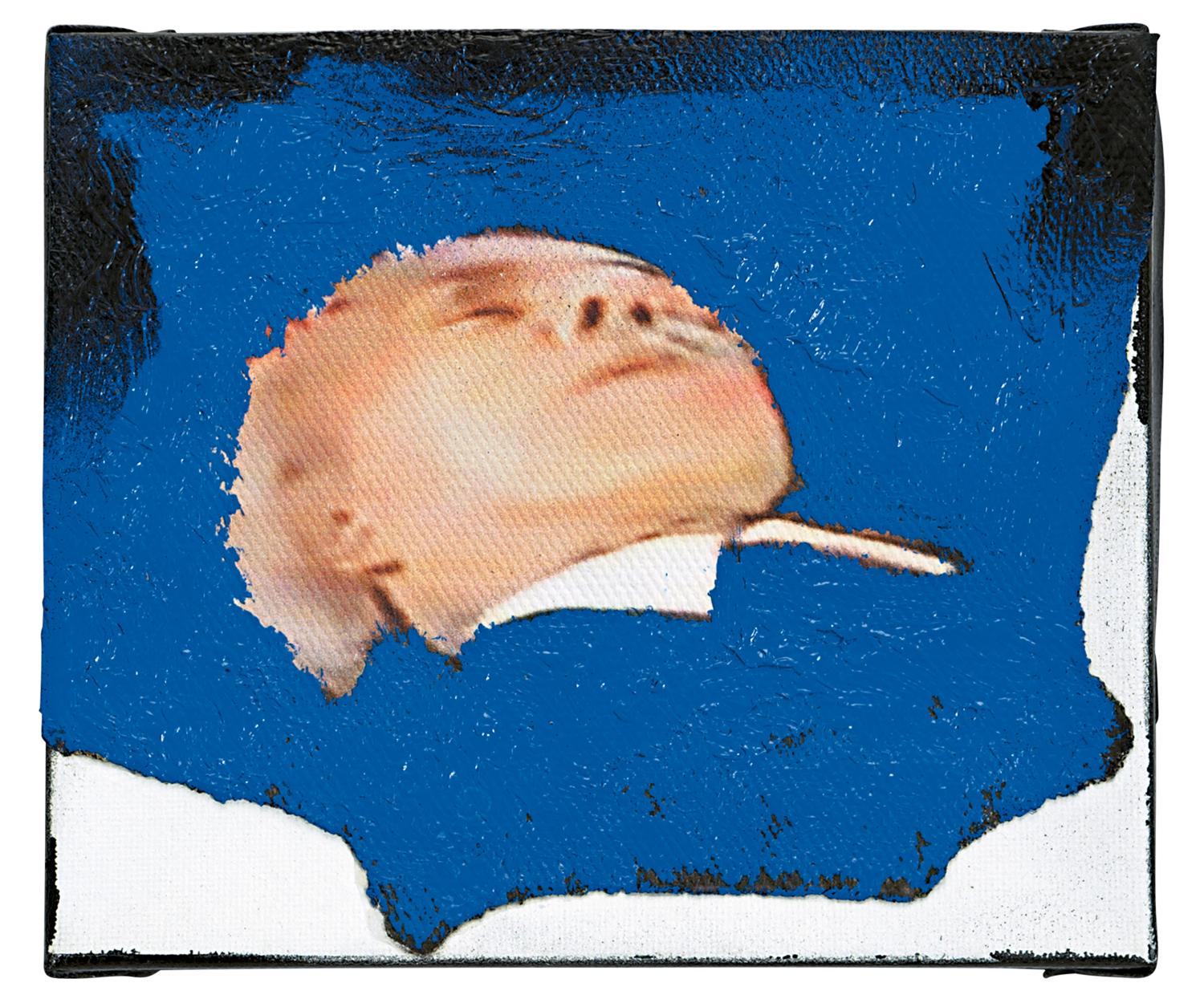 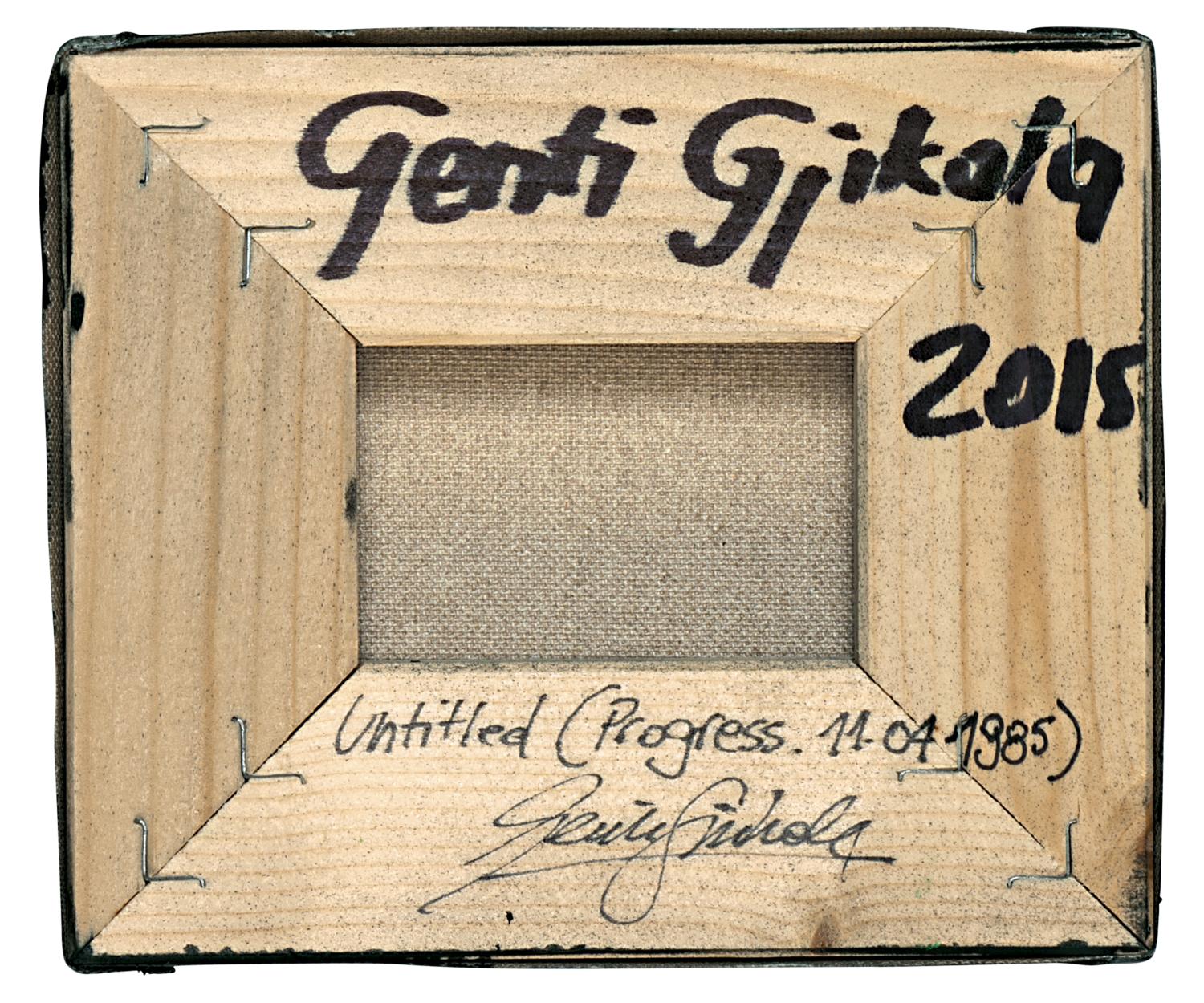 Born in 1972 in Tirana, he lives and works in Tirana and Oxford. He graduated in History and Geography from the University of Tirana in 1996 and earned a second degree in Interior Architecture from the Oxford Brookes University in 2008. He also holds a Master’s Degree in Architectural History at the University College in London. In 2008 he became head of the Department of Exhibitions at the National Gallery of Arts in Tirana. The work for Imago Mundi shows the former communist dictator Enver Hoxha, lying on his deathbed, on April 11th, 1985, after 40 years of government: an historical page turning point in the history of Albania in the 20th century.

OIL ON PRINTED AND BURNED
CANVAS, ACRYLIC,
SPRAY AND GLUE