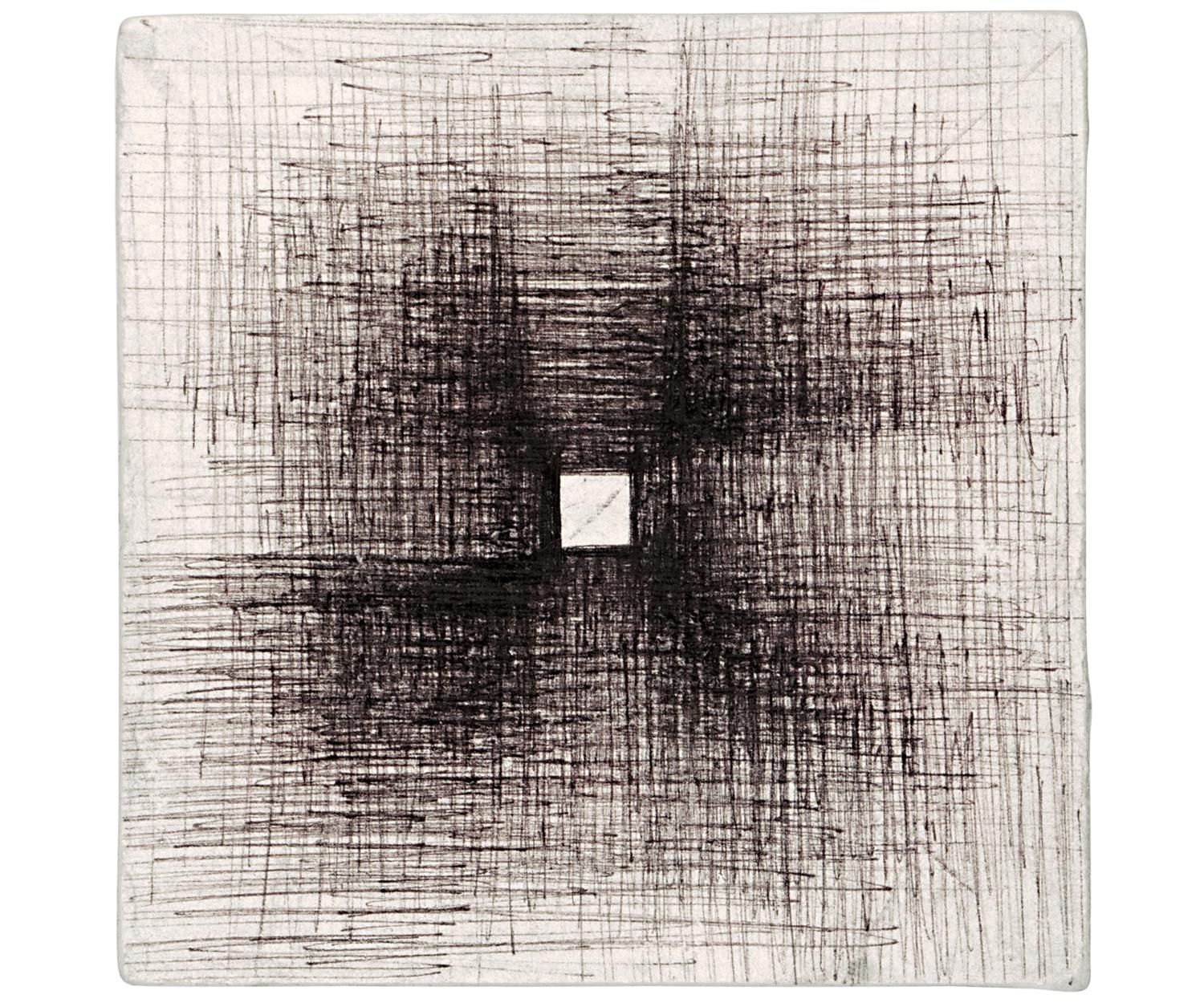 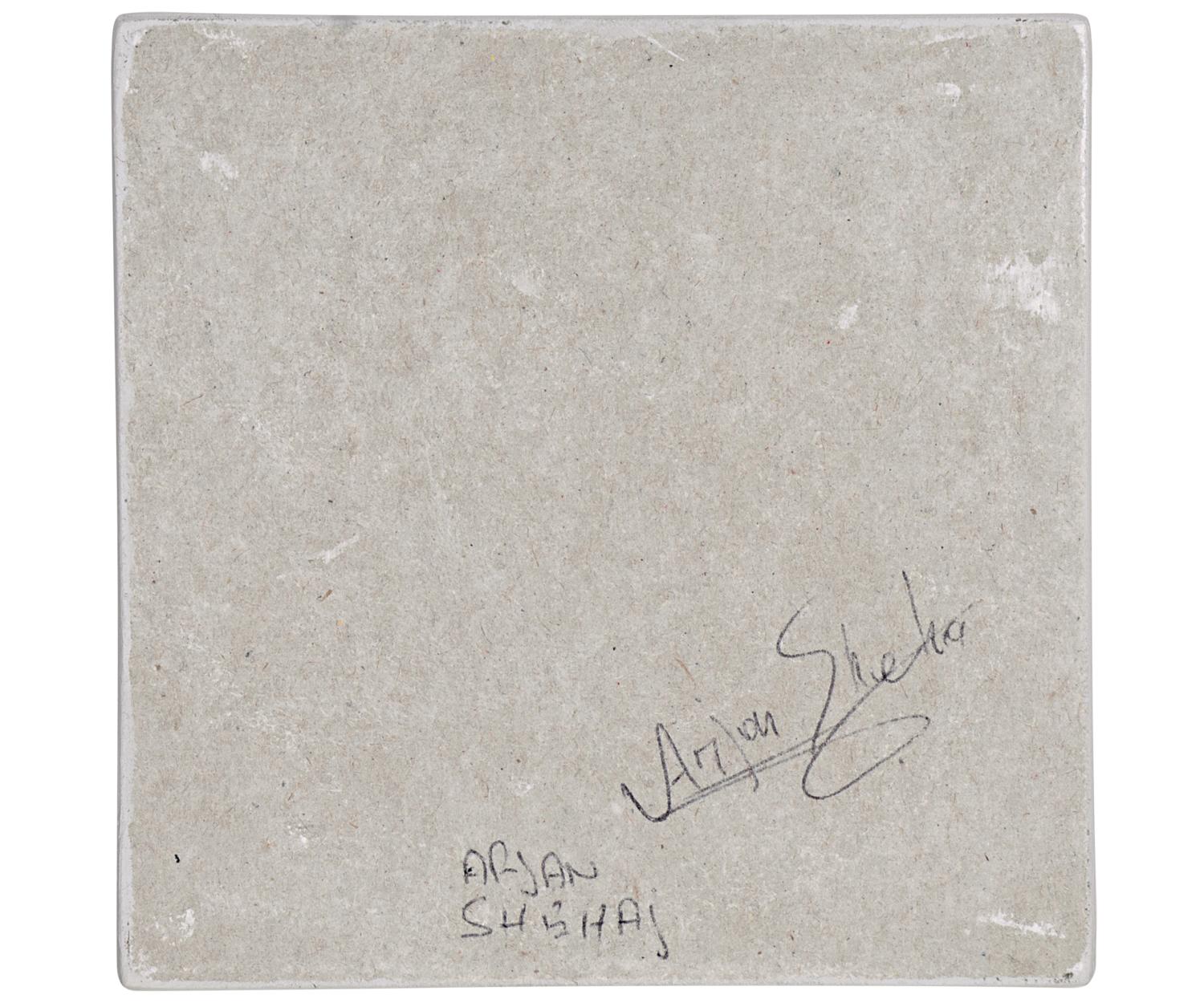 “The works on canvas on paper of Arjan Shehaj arise from a constant reflection on the practice of painting basics starting from the choice of the surface, color, and reflex sign. He rejects any notion of imitation, representation or attachment to reality, Shehaj chooses to reduce his work by using only the basic elements with a violent push to the straight-line (even if it is repeated with pencil), the biting profile and the flat color, typical for the modernist tradition, Shehaj points out the need to create another universe, in which creative geometry enables the creation of a new order characterized by anicronical eurithmical compositions. His work is also a story that shows metapainting practice of painting in its day-after-day fall where colors, plans and visuals decompose”.
Daniele Capra