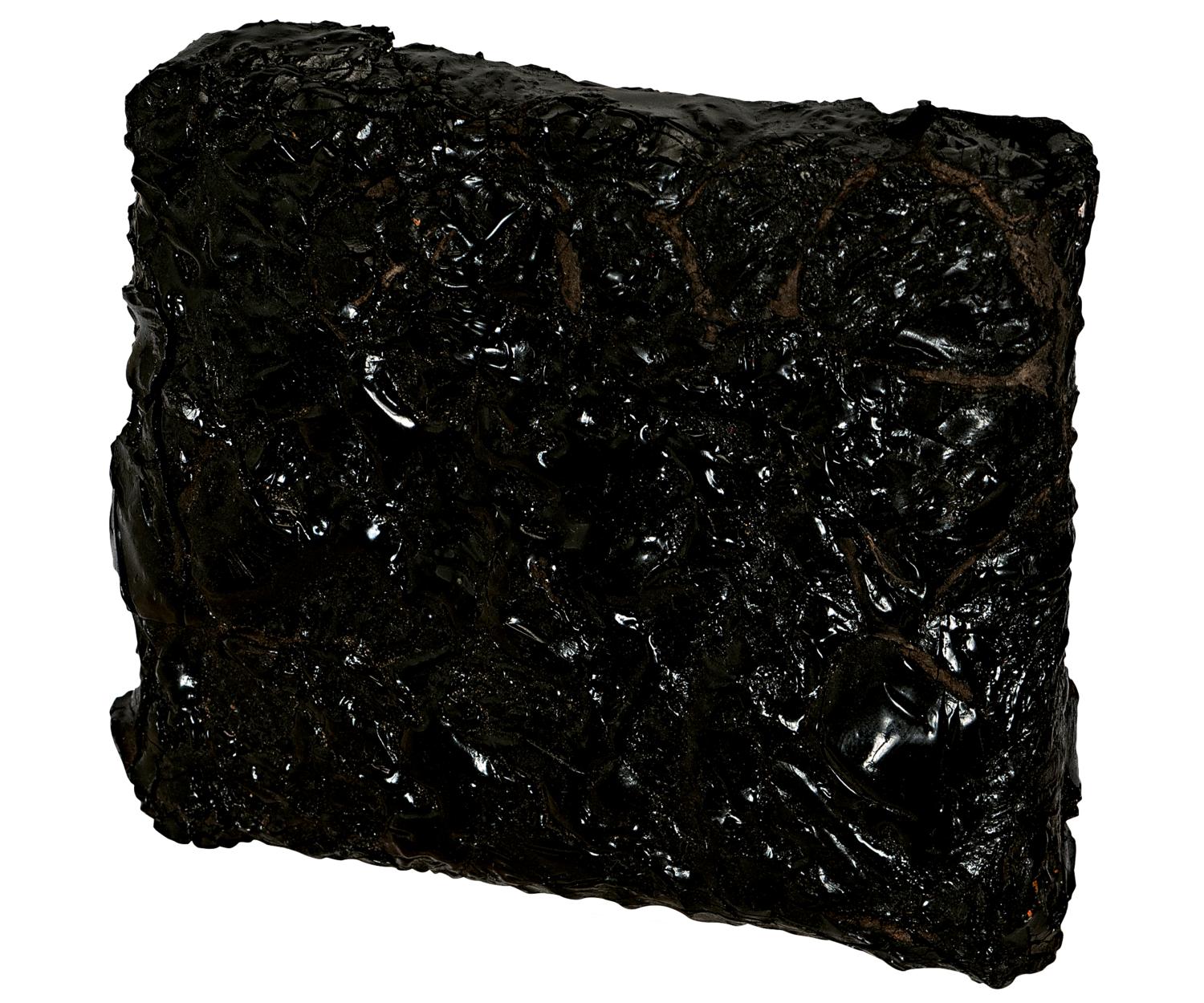 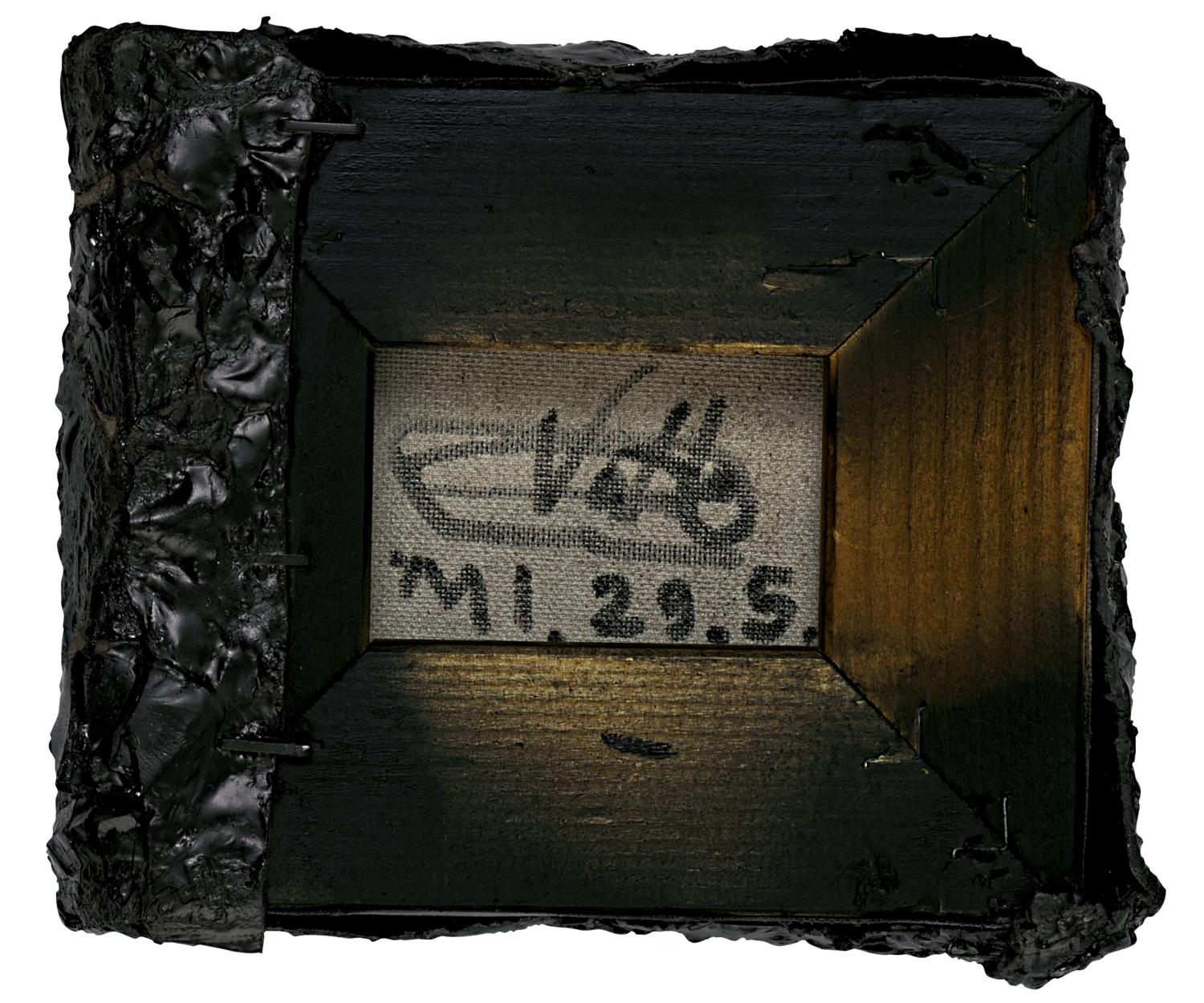 Born in Kuçova in 1984, he graduated from the Academy of FineArts of Brera, in Milan, in 2007, specializing in Visual Arts in 2009. His birthplace is known for oil reserves and oil is a commonelement in his works. He currently lives and works in Milan.The work for Imago Mundi is “a piece of the roof under which helived for 25 years”. He takes with him the crucial things in life. Thiswork is part of a series.