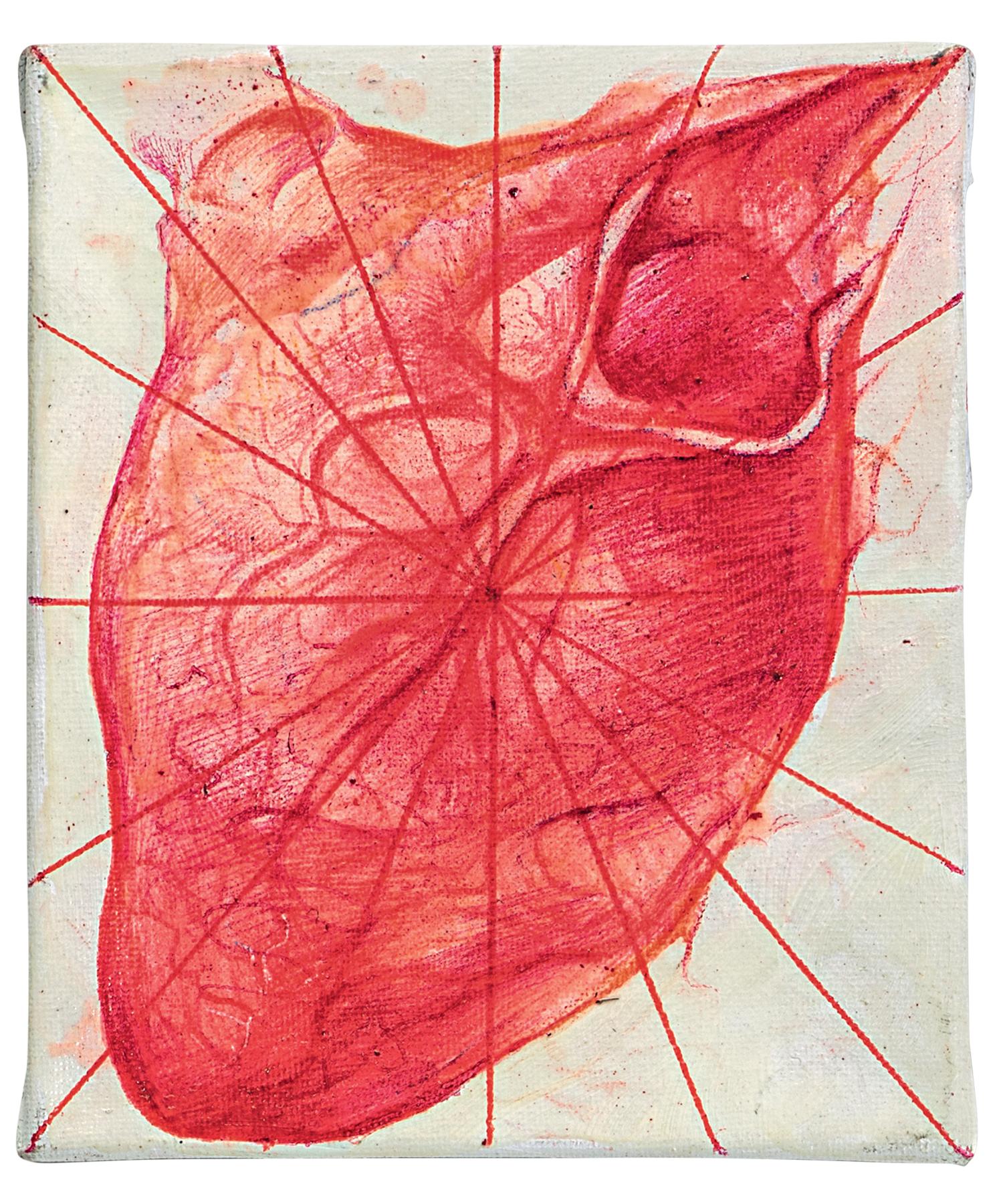 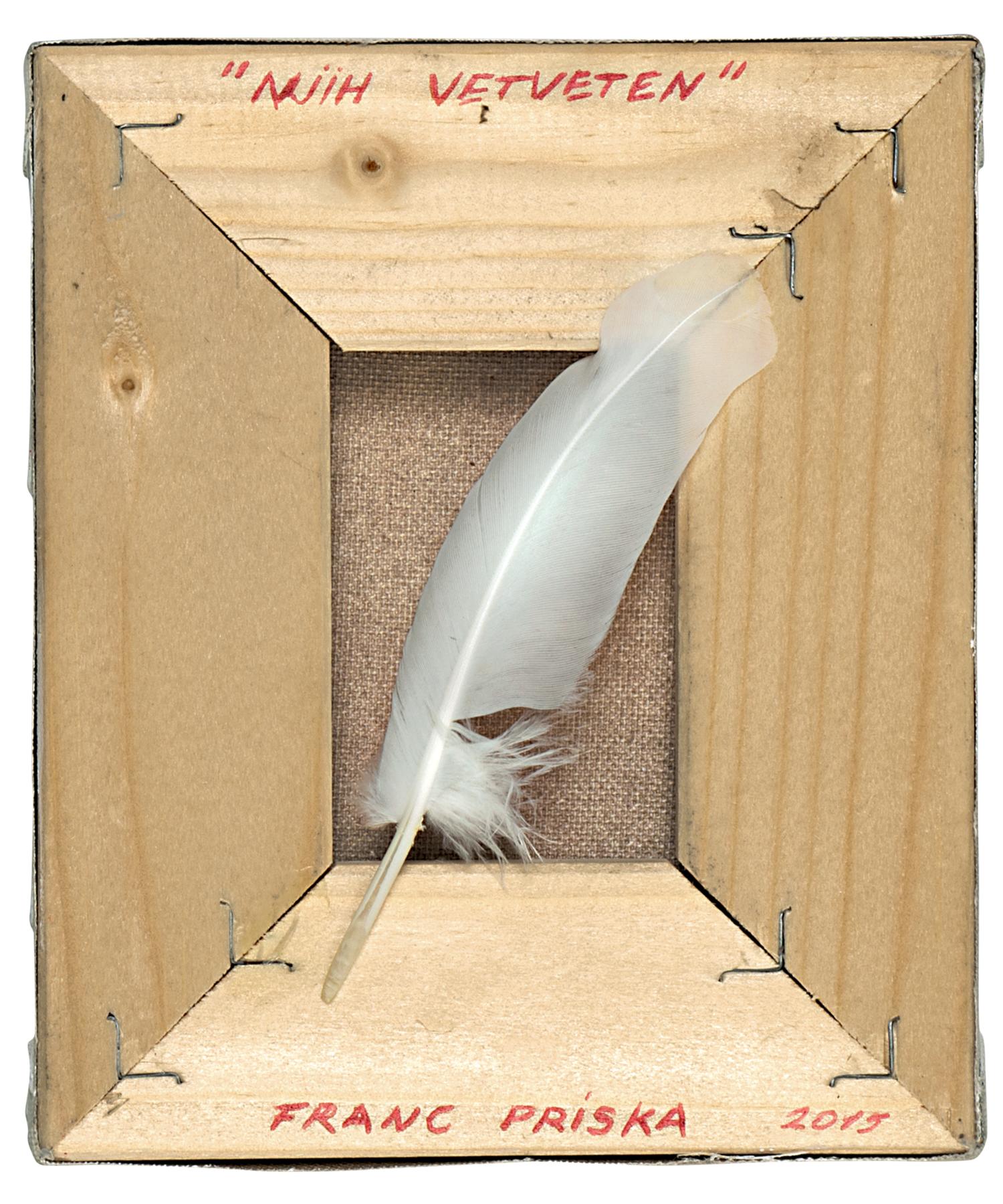 Born in 1984 in Durres, he graduated in Painting from the Academy of Fine Arts of Brera, Milan. He holds a Master’s Degree in Film Direction from the Academy of Fine Arts of Tirana. Among his professional experiences, we mention the role as Assistant Curator  of the “Onufri”, International Art Competition, in 2011. Living and studying in Italy have been an excellent school for the development of his character. The artist defines art as the greatest fruit of mankind, so he is devoting his whole existence to it. The artist has chosen to put in the center of the canvas a heart that, in his research has always occupied a primary place and behind it, a white plume and elements of Egyptian mythology referring to the goddess Maat, symbol of universal justice, balance and order.